CAPSTONE THESIS PROJECT
Project Overview
For my thesis project at Capilano University, I tackled the problem of independent comic distribution. To this end my research led me to "The Indie Pull Box". Inspired by the pull box service provided at brick and mortar comic stores, this website will connect indie creators to new readers. Below is the full presentation.
My Contributions
Art Direction, Illustration, UX/UI Design, Motion Design, Site Design.

For this project I will be using the term “small press” and “Indie” frequently. Comic publishers and creators who produce work in runs of 2000 copies orless are considered “small press”. “Indie” is a term that applies to anything outside of the Mainstream press. 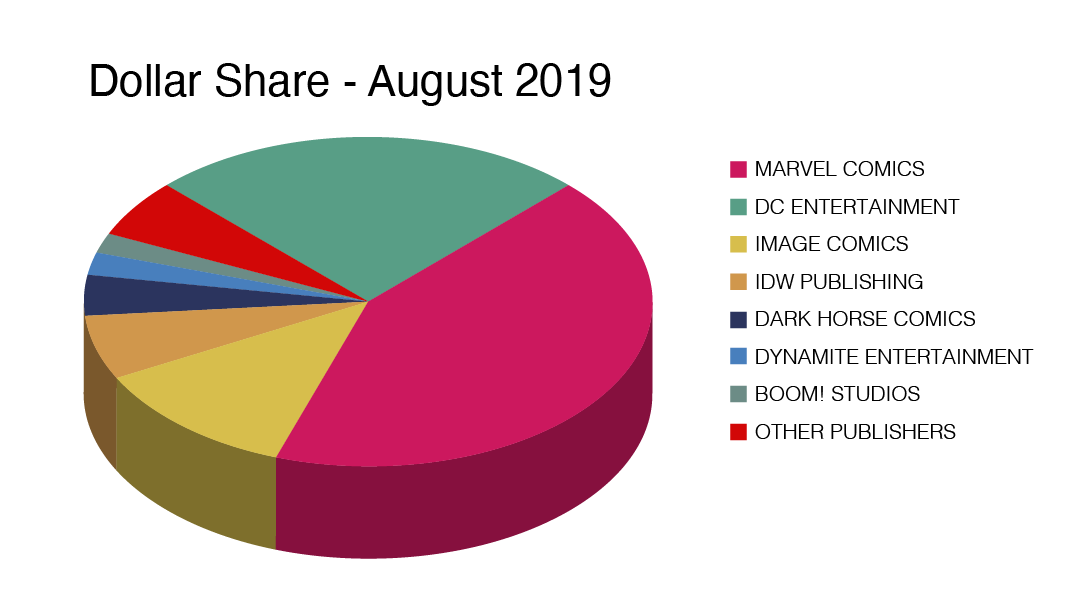 The current system for distributing comic books and graphic novels disadvantages small press publishers and retailers. There is one company with a monopoly on distribution (Diamond) and they have inflated sales expectations and business practices that disincentivize supporting smaller and more obscure works. Their business practices also put a strain on local retailers causing many to close or reduce inventory, thus reducing the comic shop as a community hub for readers to discover new independent works. Even large publishers like DC comics are migrating away from the current system, though this is still to the detriment of retailers.

But once the books are printed. What next?

For most members of the small press, in-person conventions and online sales are the only solution. But these often prove to be limited in their reach.

A web platform for independent publishers to connect with readers and retailers and increase direct market sales of independent comics and graphic novels. Putting more independent material on books shelves and in the hands of readers. Increasing sales for small publishers and stores. Publishers should feel empowered to reach a broader audience, and this site should act as hub for readers to discover new work and foster a greater sense of community something traditionally done at brick and mortar comic shops.
Based on my research the the key needs for this platform would be: 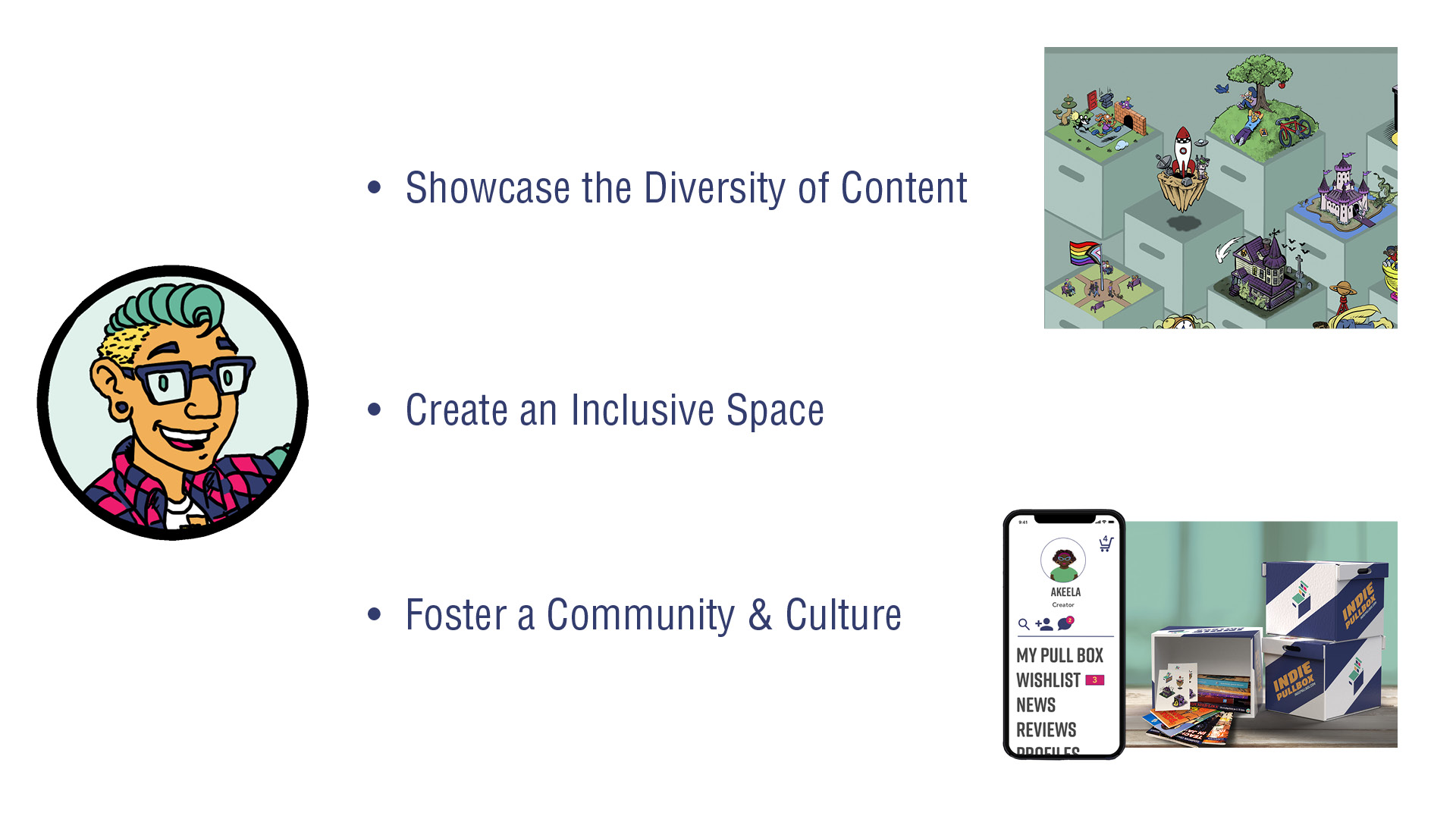 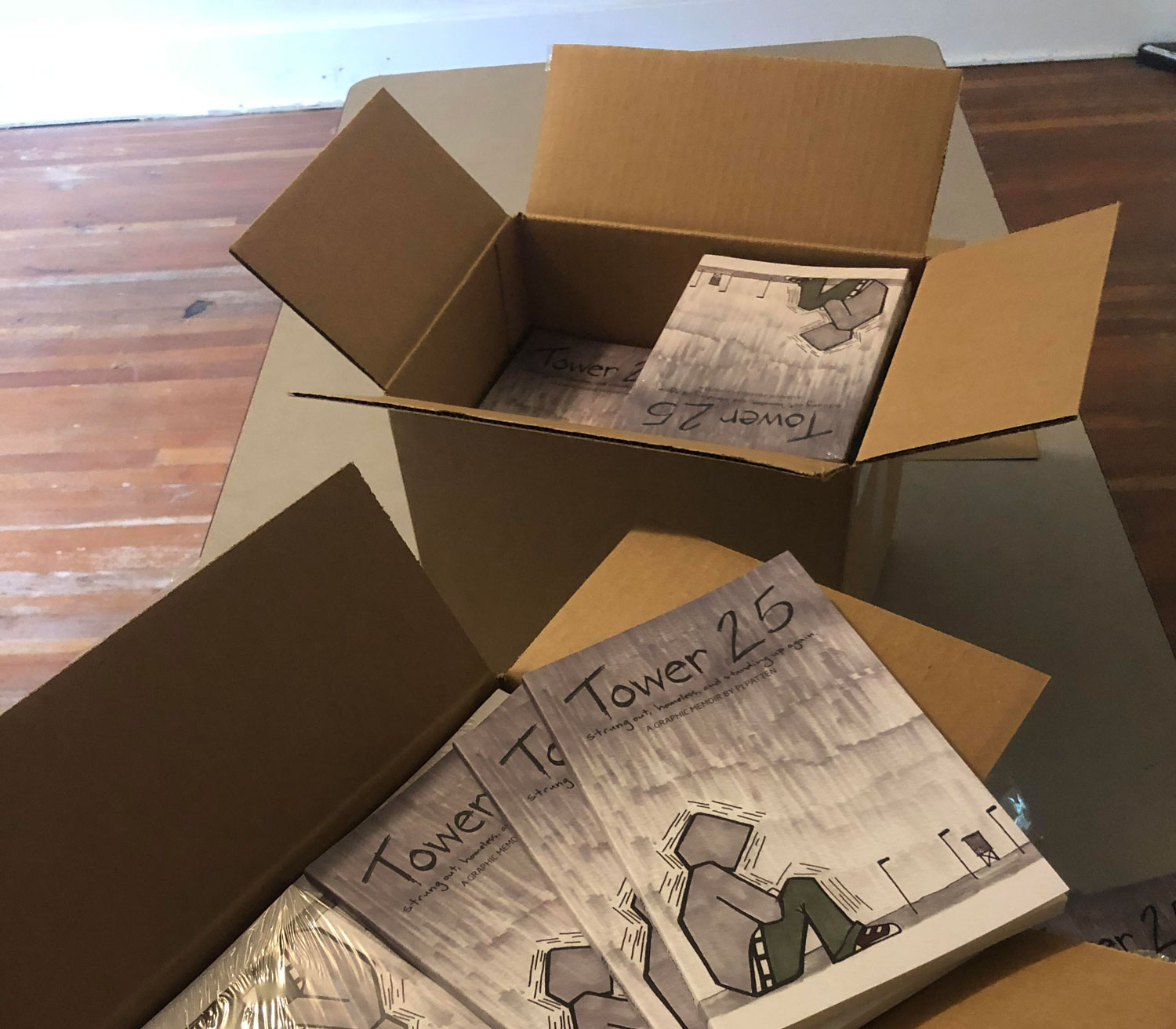 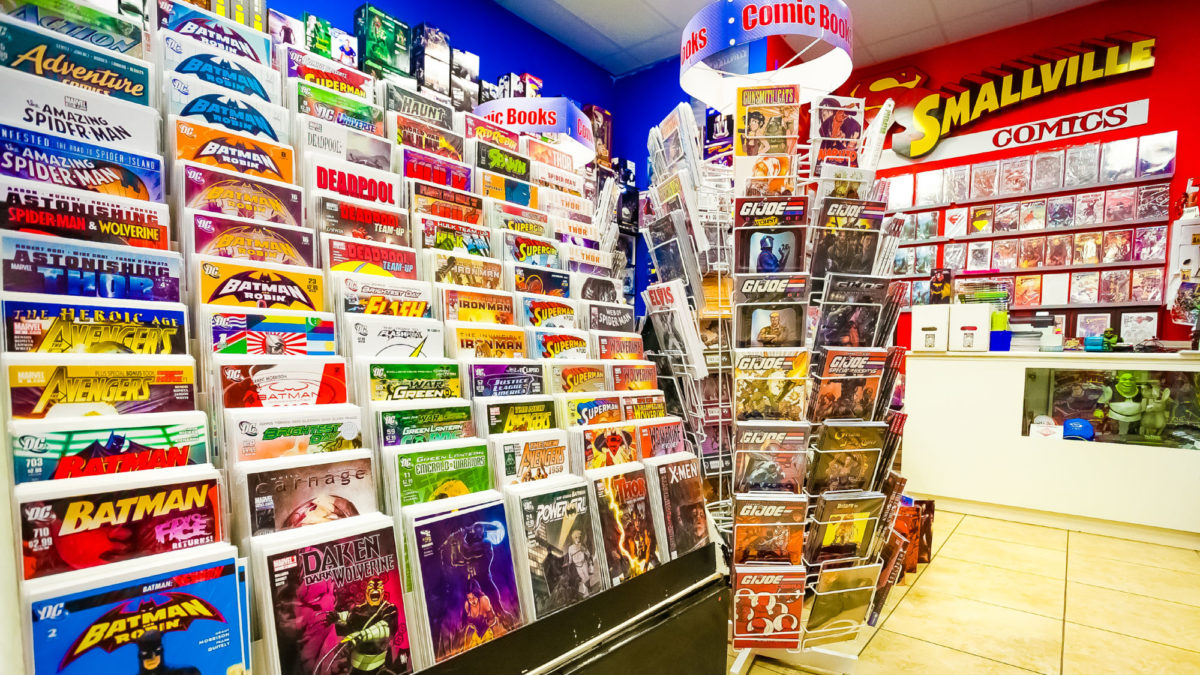 However, even in their hayday the standard brick and mortar comic shop did not adequately meet the needs of the indie comic market.

Yet, with platforms like Kickstarter that enable crowdfunding of larger print orders it has never been easier to join the small press.
Which lead me to... 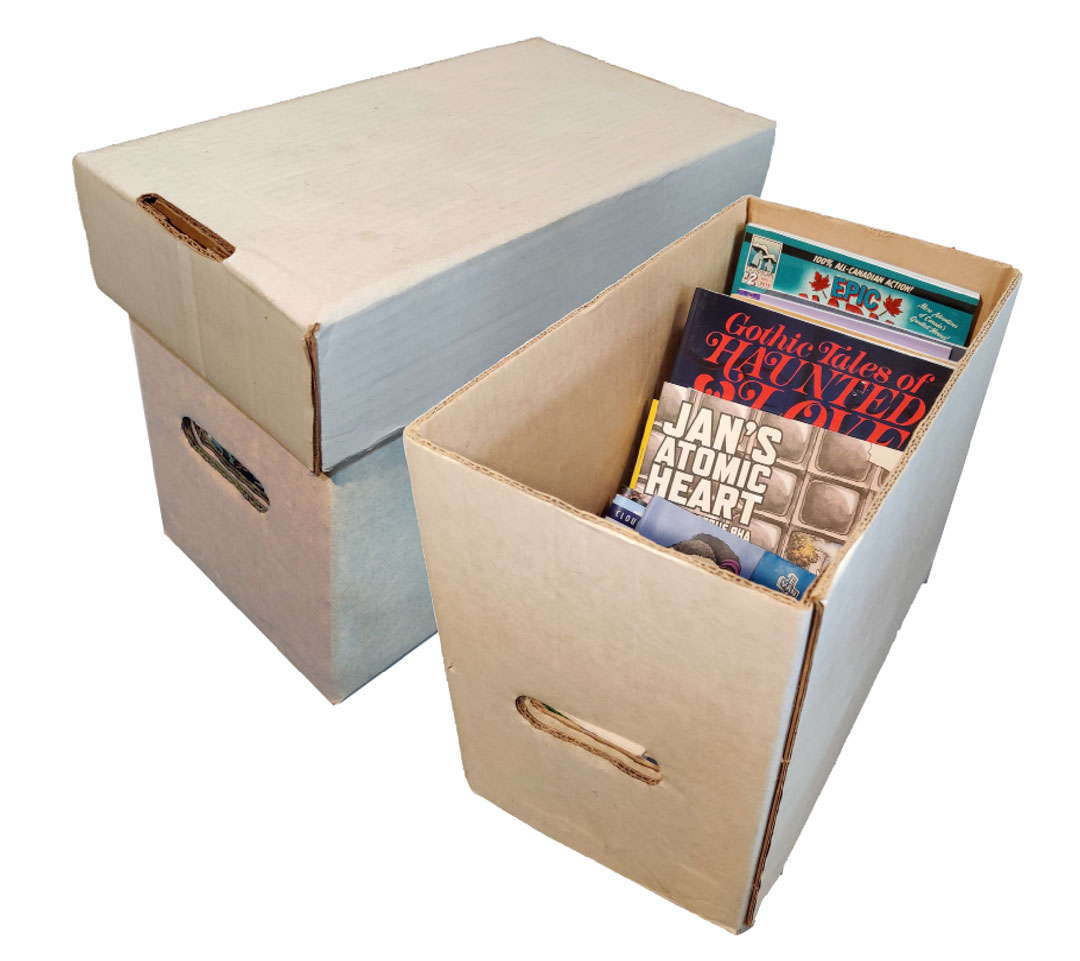 I also wanted to borrow from existing comic store culture, in particular the common storage boxes used in store for monthly comics. Customers could often set up a subcription box also know as a "Pull box". The other major feature was the genre map, that would create an interactive animated genre map to incentivize browsing and discovering new work. 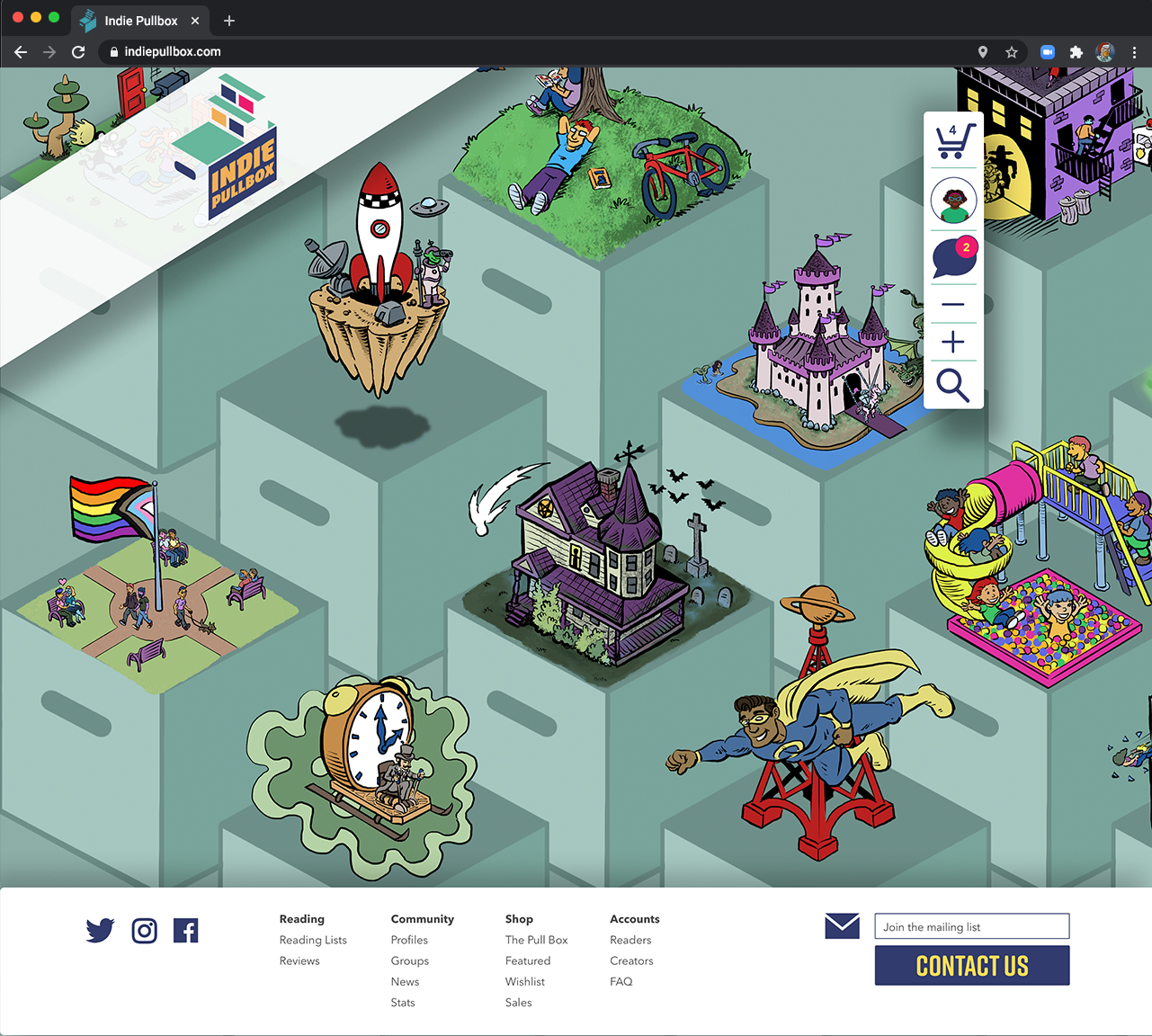 Each genre has an animated land to represent that genres space on the website. Below are some samples of the genre illustrations. 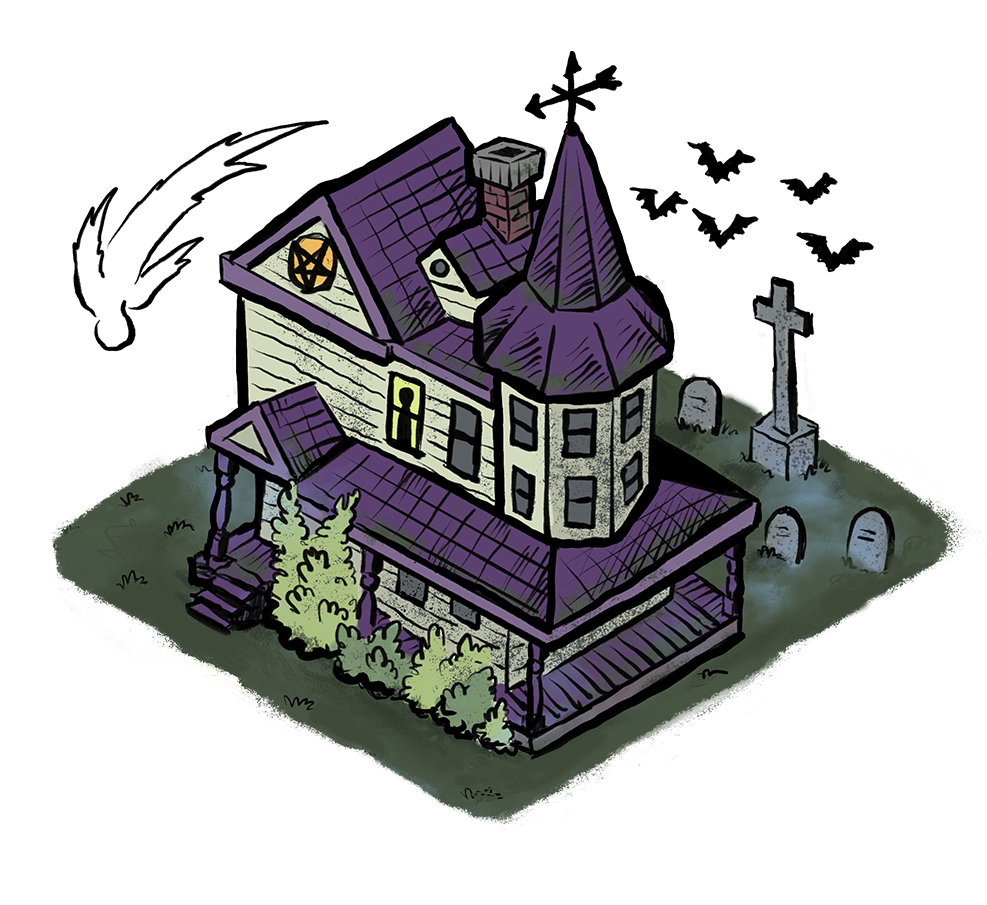 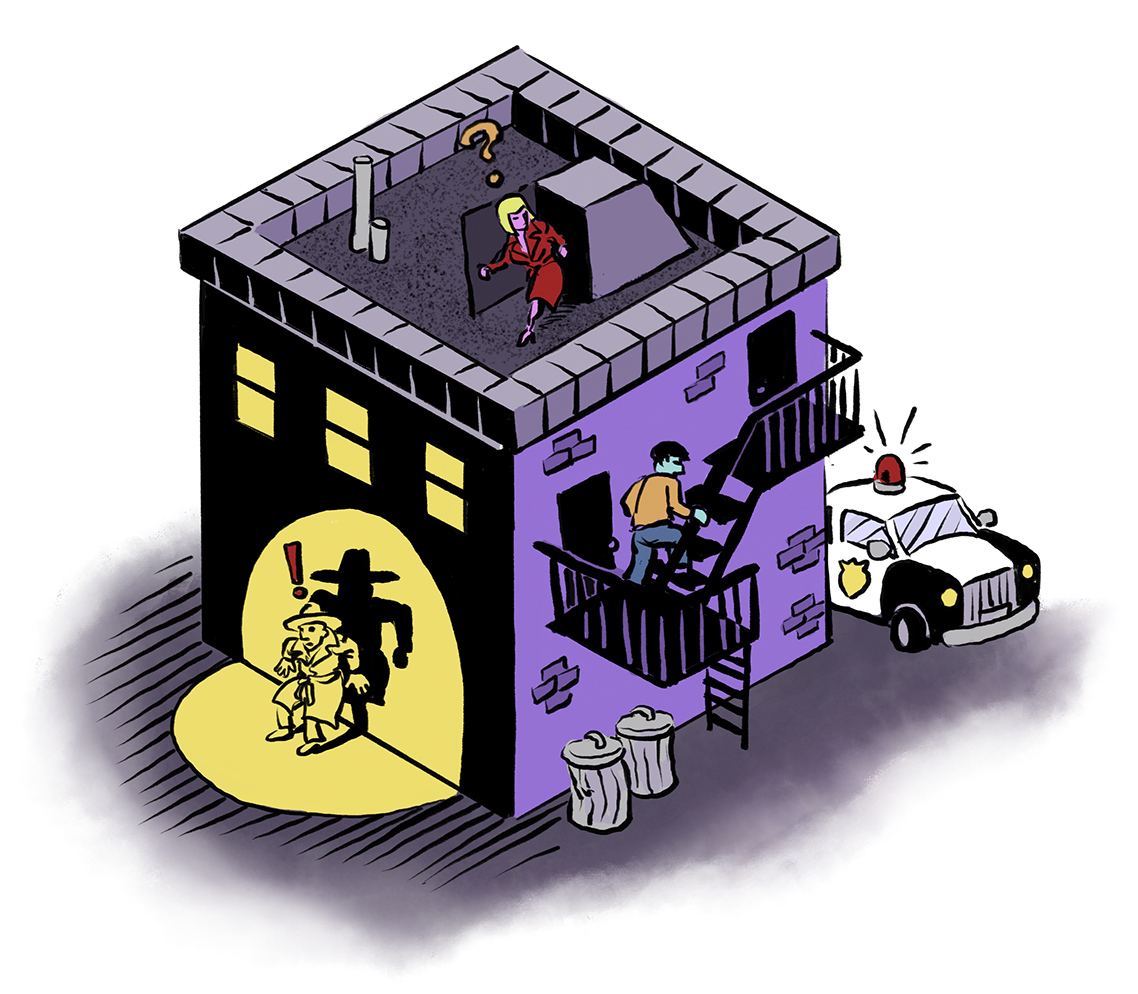 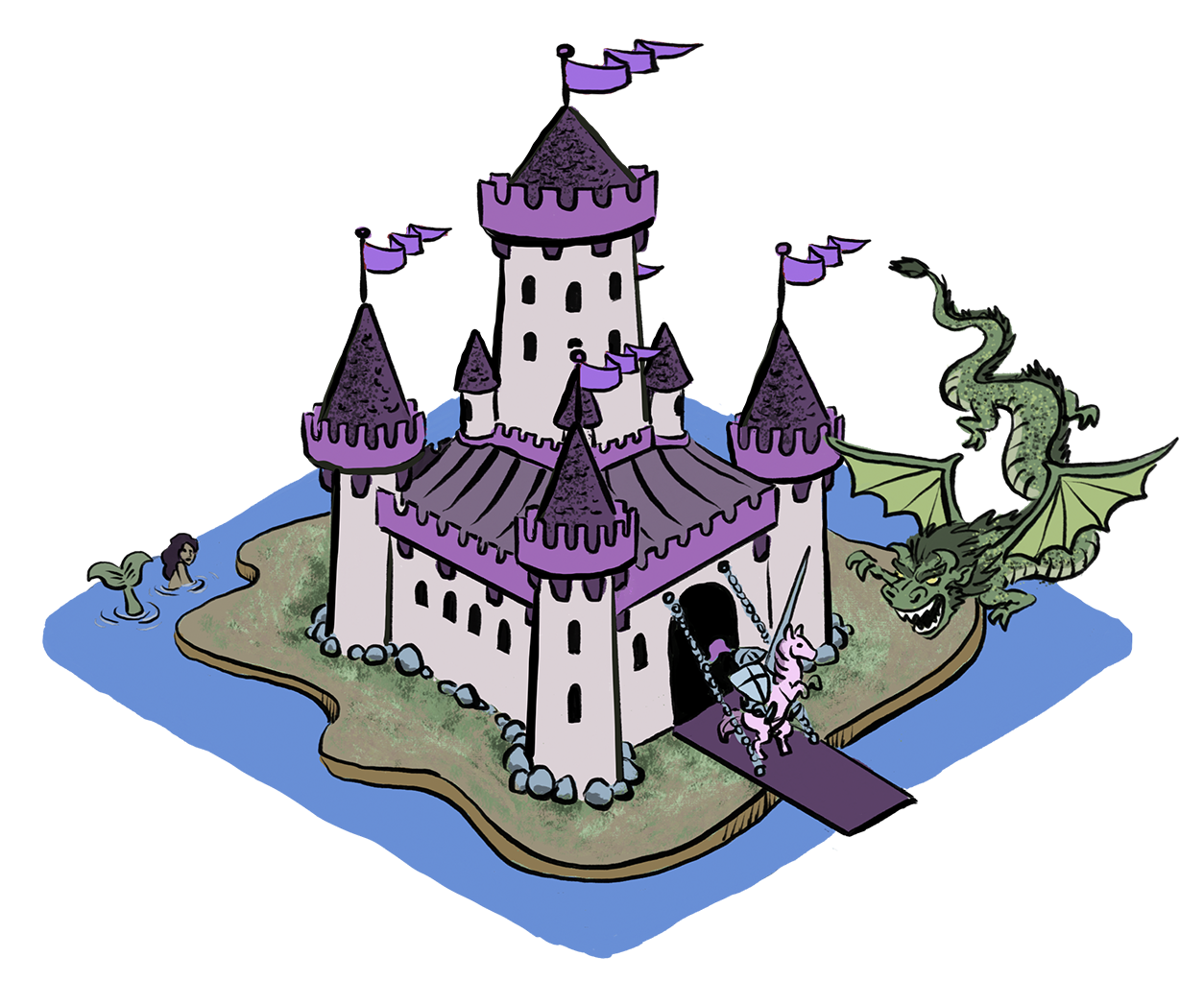 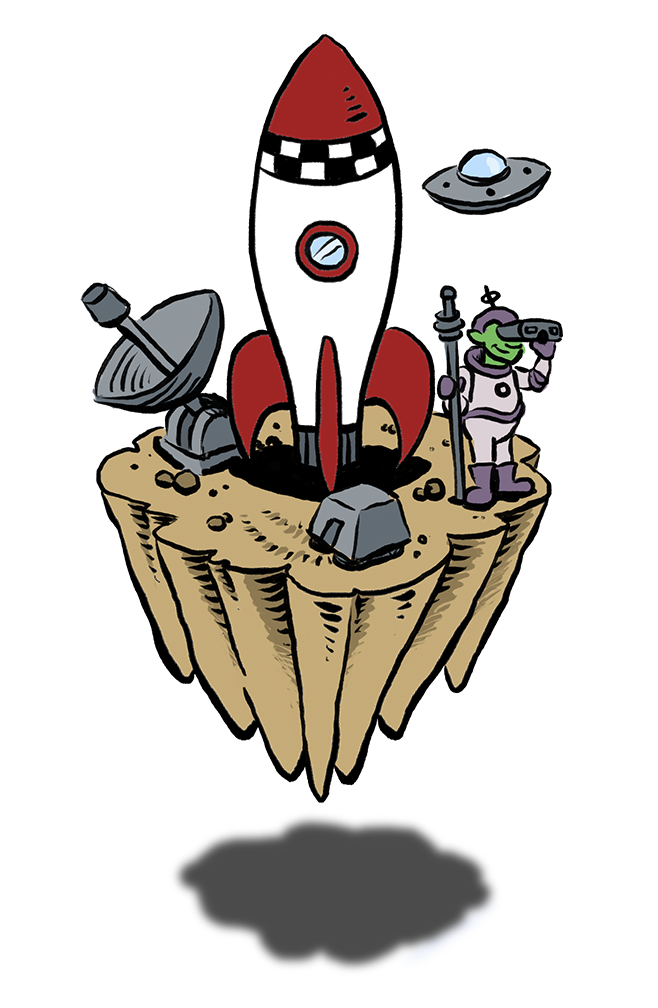 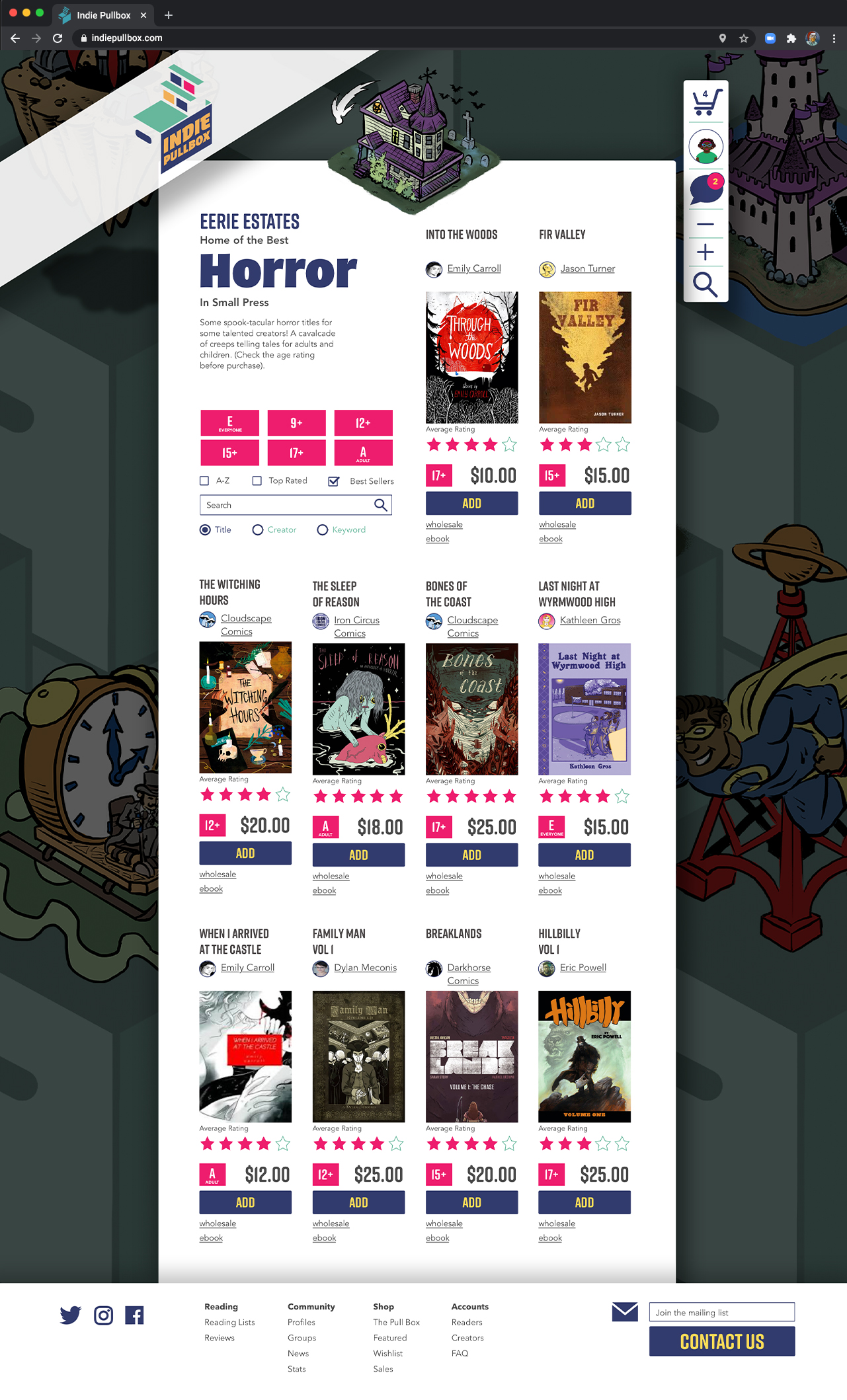 Below is a sample of a selected genre home.
Additionally, I developed a user home with the hopes that the site would generate an online community around the indie comics. 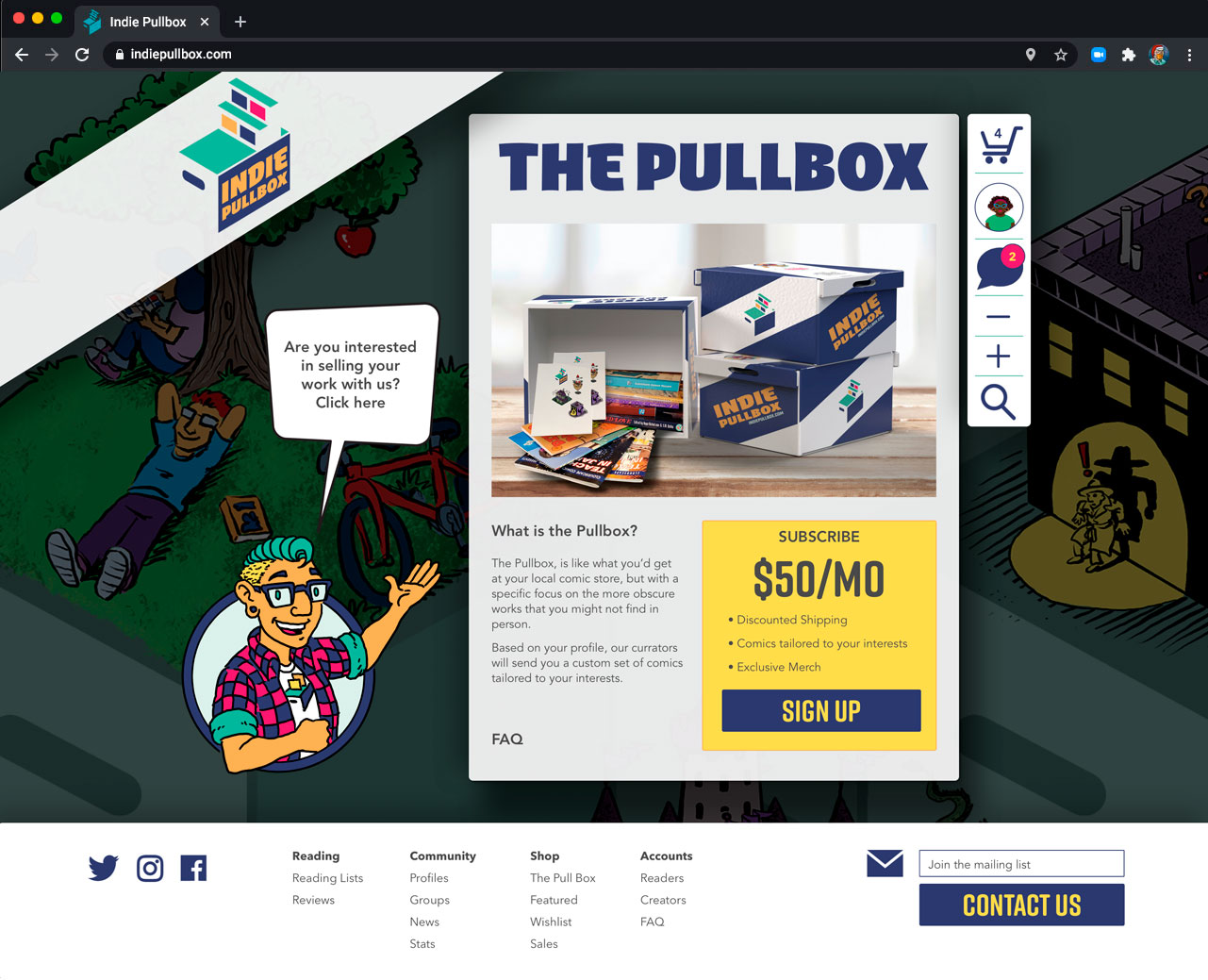 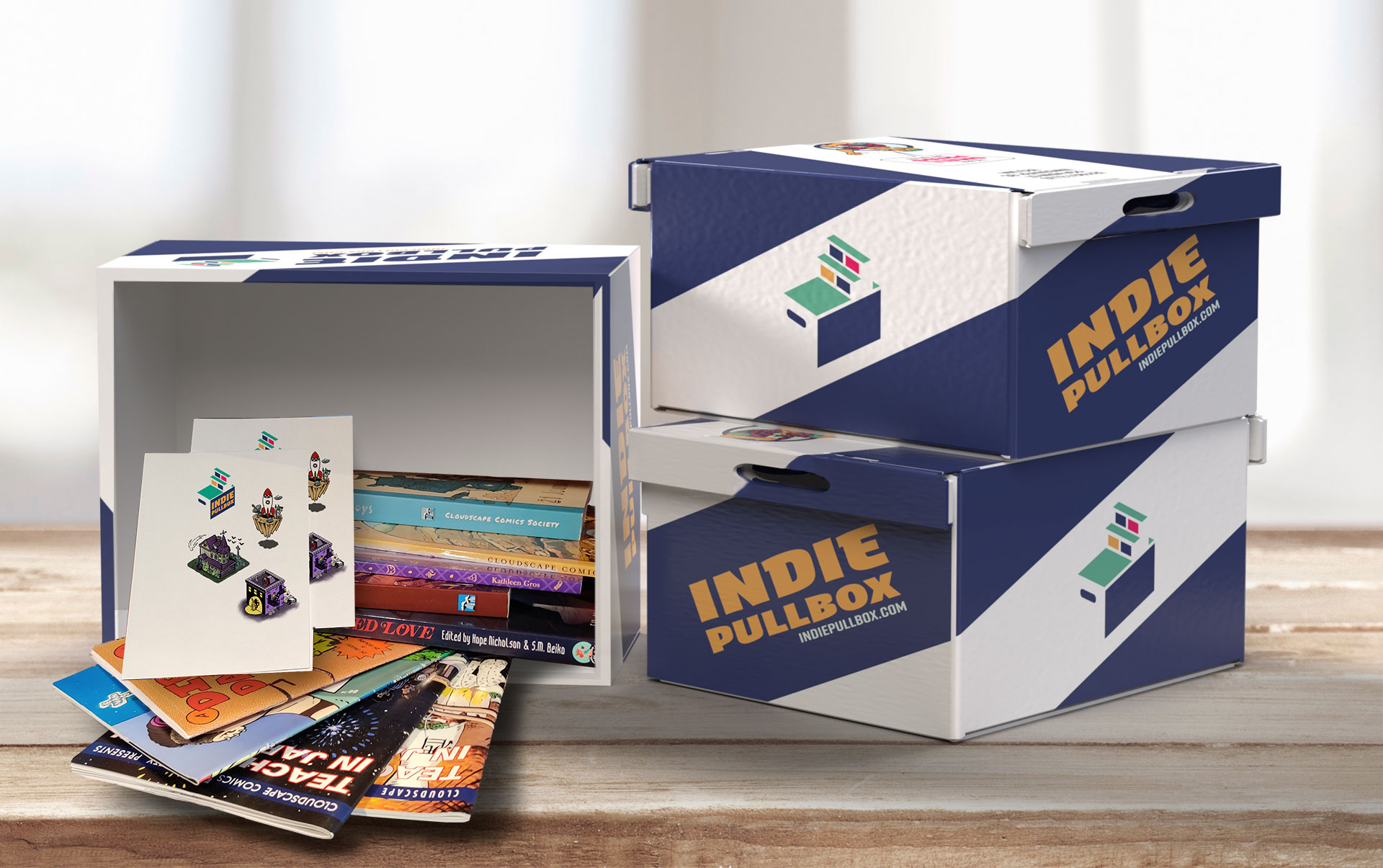 Another major inovation was to provide a subscription box, where users could select comics and have them delivered on a monthly basis. Below are examples of the subscriprtion box and the sign up page. 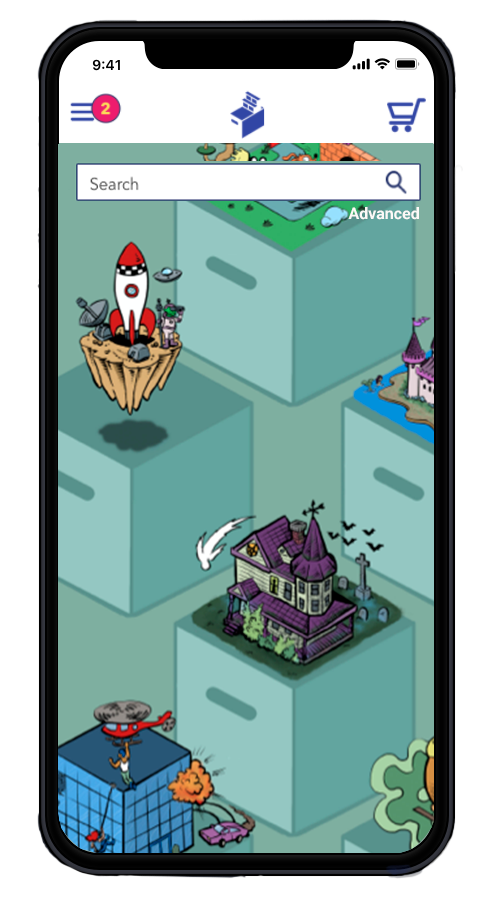 To increase user engagement, I developed a user home for messages, book reviews and other community news. The mobile site was also developed to further increase engagement. 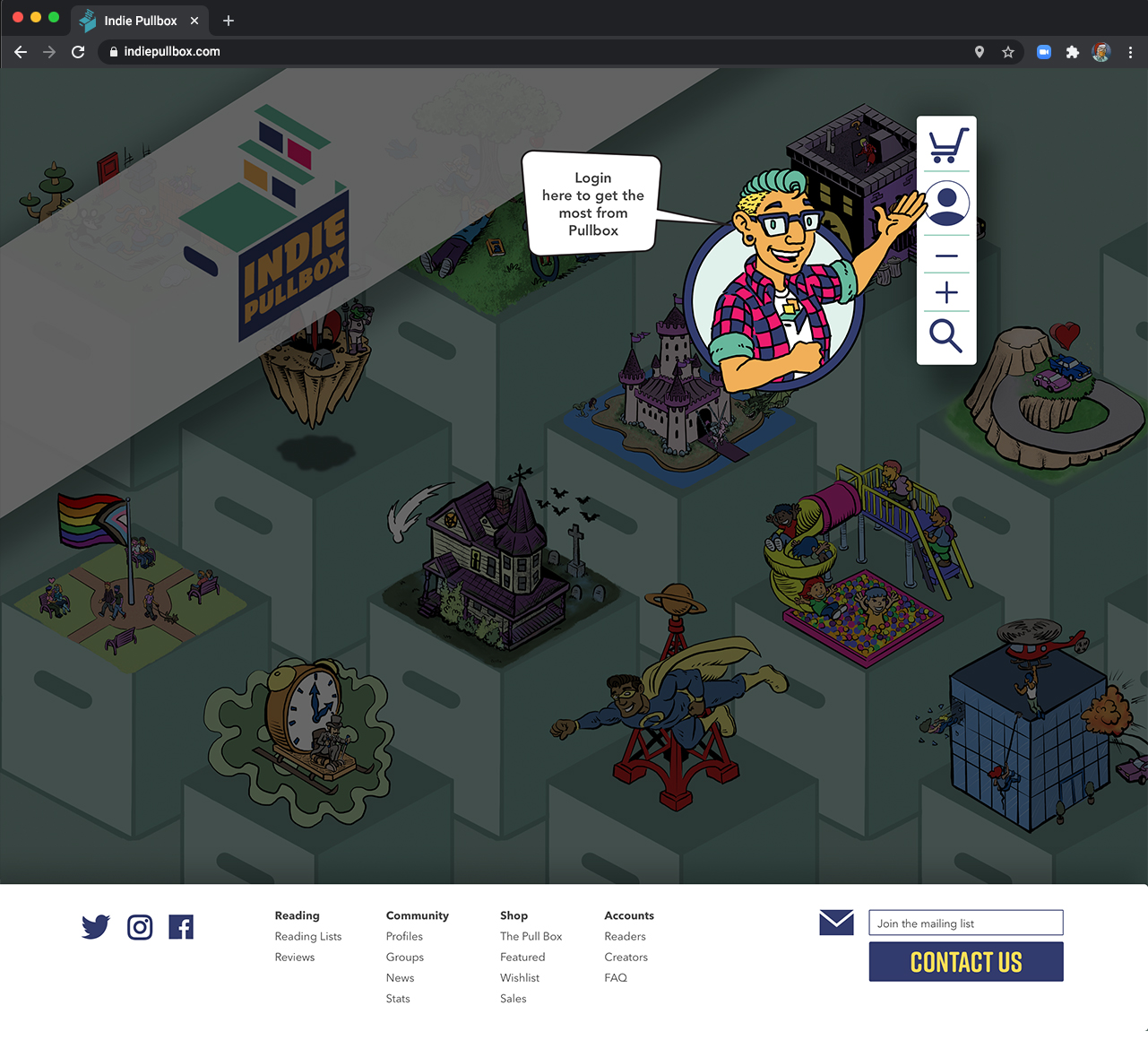 To make a welcoming introduction for new users, I also developed the mascot of "Bex" as a guide for highlighting features on the site.